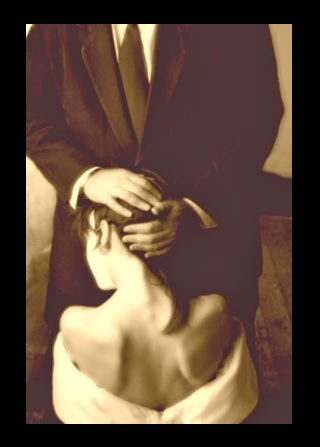 Recently, I began reading a book titled, “The Surrendered Wife: A Practical Guide to Finding Intimacy, Passion, and Peace with a Man” written by Laura Doyle.  To preface my review of the topics found within this book, let me say that I was looking for material which would help me change how I think about my husband and our marriage in order to change my behavior toward my husband.

If you’ve been following my blog for any length of time, you know that I will freely admit that I had become the nagging, criticizing wife that every husband has nightmares about.  I was constantly trying to control my husband and influence every single part of his life.  If he didn’t do something as I wanted him to, he never heard the end of it.  As a result, we each grew unhappier and unhappier until 14 years into our marriage, we realized something had to change.

I began looking at different therapies, self-help books, etc., when one day I stumbled upon a domestic discipline website.  Finding myself very intrigued by the idea of a total power exchange within my marriage, I began to learn about head-of-household, submission, punishments suitable for disrespectful wives, and so on.  I presented this idea to my husband and within a few days, we were on a new path to a happier, healthier marriage.  That was six months ago.

Over the last six months, a lot has changed between my husband and I.  He is the head of our household and I submit (or try to submit) to his authority.  When I disrespect him or do something that goes against the rules we set together, he punishes me as he sees fit.  And this is working marvelously for us!!!  We are both more content with life, happier in many aspects, more productive, and our sex life is phenomenal.  However, I am on a quest to continue to deepen my submission toward my husband.  Specifically, I would like to change how I think about his authority, his decisions, his control over me, etc.

I will be honest, there are times when I really don’t want to obey my husband because I think he is wrong in some way, or, because I think that I know better.  Heck, maybe sometimes I do know better…but there are plenty of times that I absolutely do not.  My husband is hard working, intelligent, great at problem-solving, great at fixing just about anything, and he is dedicated to us and our marriage.  He does not need to be micromanaged.  He does not need to be controlled.  What he does need is my trust, my respect, my undying loyalty and faith in him.

This brings me to the book, “The Surrendered Wife”.  This book is greatly aiding me on my quest toward changing my thinking about my submission.  While I am only to Chapter 4 at this point, I have had more self-revelations than I can count!  To be clear, this book is unrelated to D/s, domestic discipline, BDSM, etc.  However, for the individual longing to learn deeper submission toward his/her partner, this book is helpful is changing how you conceptualize your role within your marriage.  And, as we know, changing how we think is the path to truly changing ourselves and our behaviors.

To give you an idea of the content of this book, let me provide you with a quick peek at the back cover.  It reads, “Like millions of women, Laura Doyle wanted her marriage to be better.  But when she tried to get her husband to be more romantic, helpful, and ambitious, he withdrew- and she was lonely and exhausted from controlling everything.  Desperate to be in love with her man again, she decided to stop telling him what to do and how to do it.  When Doyle surrendered control, something magical happened.  The union she had always dreamed of appeared.  The man who had wooed her was back.”

The book also suggests that the reader complete various exercises.  The first suggestion reads “Write down five situations where you have been controlling with your husband recently.  For each situation, ask yourself what it was you were afraid would happen?  Was your fear realistic? What was the worst-case scenario? Did needing to control the situation justify losing intimacy with your husband?  I will share some of what I have journaled on this topic.

Example of my control #1– freaking out while my husband was driving in heavy traffic, to the point of almost being in tears when he wouldn’t slow down when I wanted him to, or leave as much space between vehicles as I wanted him to.  We both ended up frustrated and angry.

What was I afraid would happen? We would get into a car accident.

Was your fear realistic? No.  My husband is an excellent driver with an excellent driving record.  He has not been in a single accident, nor has he received any tickets, in the 14 years we have been together.  He drives frequently in heavy traffic for work and most likely has more experience with it than I do.

Did needing to control the situation justify losing intimacy with your husband? No, it did not.  My husband was driving safely, I was just trying to exert un-needed control over the situation as traffic is a great stressor for me.  What I could have done is either focused on music, conversation, etc., rather than allowing myself to get really worked up.  I need to show my husband that I trust him to get us from point A to point B safely, because he is more than capable of doing so and my criticizing his driving hurts him and our relationship.

Example of my control #2- Speaking harshly to my husband after a miscommunication about a project we were working on together.

What was I afraid would happen?  That we wouldn’t finish the project in a timely manner and that it wouldn’t turn out how I wanted it to.

Was your fear realistic? No. Yes, the project took time to complete but not because my husband was doing anything wrong…it just took a long time to do the right way.  And, after my little freak out (which earned me a spanking), I was able to calmly explain to my husband my concerns and he ensured that the project turned out exactly how I wanted it to.  Note to self- bypass the freak-out and the spanking and just calmly explain what I would like in the first place.

What was the worst-case scenario?  I suppose it was that we wouldn’t finish the project that night and it would have to be put away until the next evening.

Did needing to control the situation justify losing intimacy with your husband? Absolutely not.  Even if we hadn’t finished the project that night, which we did, it wouldn’t have hurt anything (except my dumb need for control) if we had finished it the following night.  This was a self-imposed deadline which put stress on our marriage…not worth it!

Example of my control #3–  Not allowing my husband to cop a feel in the kitchen while we had guests over, all of whom were outside.

What was I afraid would happen?  I guess I was afraid that someone would discover us, but this was totally unfounded as we could clearly hear that there was no one near the kitchen.

Was your fear realistic?  No, it wasn’t.  There was absolutely nothing wrong with my husband slipping his hand into my pants to grope my bottom.  I wish I had just enjoyed it instead of trying to control the situation.

What was the worst-case scenario? I suppose worst-case was someone walking in and seeing a husband being intimate with his wife.  Is this really all that bad?

Did needing to control the situation justify losing intimacy with your husband?  Definitely not.  I wish I had just relaxed and enjoyed the squeeze.  I tend to get a little worked up when we are entertaining and this is something that I would like to work on.

That’s all for now.  I would absolutely recommend this book to anyone who is wanting to enhance his/her marriage by surrendering control to his/her partner.  This book uses terminology geared toward women surrendering to their husbands, but honestly, gender is not the important focus…respect and trust toward your partner is.  I will continue to share as I work through some of the activities.

Happy writing and thanks for stopping by 🙂

31 thoughts on “The Surrendered Wife”

A kinky male takes a peek out of the closet

The random ramblings of a forest dwelling, redhead submissive slut

One Brighton Girl's Journey of Sex, Dating and Relationships

A journey through the ups and downs of my adventure embracing polyamory and bisexuality, with a side of kink