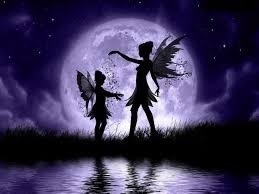 Last week, I alluded to a recent loss of friendship, which was quite devastating.  As many of you have reached out, I feel it is time to talk about what happened.

Long-time readers of my blog will know that from 2015- 2018 I suffered some traumatic losses.  My marriage fell apart due to infidelity, my mom died unexpectedly, and then we lost my younger brother to a drug overdose.  This led to my remaining nuclear family completely falling apart.  To top it off, our fourteen-year-old dog died.  She was old, but she was my only support at that time.  I sank into a deep depression.  I stopped working, I stopped advancing toward my degree, and I got lost in a world of my own pain.

Fast forward to 2019 and I was beginning to get my life together, but still struggling with depression on a daily basis.  My husband and I managed to stay together, and we were working on rebuilding our marriage.  D/s played a part in this process for us.  But I still couldn’t manage to free myself of the darkness which had become my new world.  I was operating, I was out in the world doing what I was supposed to do, but I felt like a zombie much of the time.

It was then that I randomly met a man, via my blog, who brought me back to life.

His screen name is Implacable, and he proved to me on several occasions that this moniker is most appropriate.

Implacable and I began to email back and forth daily.  Soon after, he invited his wife to join us, and she and I began to correspond as well.  My husband was fully aware, and supportive, of the frequent emails flying to and from across the globe.  It is hard for me to fully put into words, but the selfless act of giving me their time, day after day, was incredibly healing for me.  They may have been on the other side of the world, but they saw me, the real me, and accepted me.  They believed in me and cared about me.  The two of them became my “safe space” and I could write to either of them about anything.  I was falling in love with their beautiful spirits, and with the way they made me feel.  I was living life again!

I should mention that they believed, and assured me, that I brought benefit to their lives as well.  Implacable had consistently desired a D/s relationship with his wife over the course of their forty years of marriage.  I’m still not entirely sure what role I played, but through writing to me and reading my blog, the two of them finally began to enjoy the dynamic he has craved his entire life.   They have both credited me for the birth of their D/s dynamic, though truthfully, I am unsure that I am worthy of that honor.  But that part doesn’t matter…what mattered is that they were finally living the dream.

2020 came and with it the pandemic.  By this time, we had flirted with the idea of me referring to him as Sir, and that summer, my husband and I asked he and his wife if he would consider formally accepting the role of becoming my Dominant.  We were all aware that Implacable desired more than one D/s dynamic.  He had always thought he might dominate two women and help them both to become the best versions of themselves that they could be, under his firm guidance.

After much negotiation back and forth, and the development of a clearly written contract outlining boundaries on all sides, he accepted the gift of my submission.  I cannot even put into words how exciting this time was for me.  I felt so alive.  We all agreed that a dynamic could not be fully conducted via email, and he, his wife, and I would begin to Zoom together.  While these first few sessions were awkward as we found our footing, by the third session, the magic began to happen.

Unfortunately, while I was thrilled with how things were progressing, he and his wife began to experience some difficulties in their marriage.  She was simply unable to accept him having a second submissive (and you really can’t blame her for this…in her shoes, I wonder if I wouldn’t have reacted the very same way).  I remember receiving his message that evening, stating that he needed to speak to me and that it was urgent.  My heart sank and I knew what was coming. The four of us met on Zoom, Implacable told me our D/s dynamic was over, she apologized, we both cried, and that was that.

We managed to remain friends after that.  At some point, I floated the idea of both of them becoming my Dominants and initially, that created some great excitement.  Implacable decided that I would begin to primarily connect with his wife, with the idea that she and I would need to form a deeper connection should this potential dynamic stand a chance.  She and I began to correspond on a daily basis and became very close.  I became enamored with her and began to refer to her as “my lady”.  At some point in this experiment of ours, she became a motherly figure to me.  We would often text each other in the mornings and evenings, and she lovingly called me her “sweet girl”.  I should mention that the “L” word began to float around.  I remember one particular voice message that the two of them left me, when I was struggling to overcome the Covid virus, where Implacable said “We love you, and we want you to get better.”  I listened to that message over and over again.

I know this might sound strange, as this dynamic was to be one of dominance and submission, but it was around that time that I realized that they were providing me with the emotional support that I had lost when my mom died.  I also began to realize that a D/s dynamic was likely to never happen between us.  We had been at this experiment for several months and it didn’t seem to be moving forward.  So, I simply asked, and they answered… no, a D/s dynamic was simply never going to happen between the three of us.

I cried many tears at the loss of this dream.  But our friendship prevailed!  And then, I made one final request of them.  Apparently, this request was the beginning of the end of our friendship, though I had no idea at the time.

I asked them both if they would consider becoming my mentors, without the power exchange.  Both of them are incredibly intelligent and talented and I felt there was much I could learn from them.  I also made this request because I was afraid, though I didn’t know that then.  I was afraid that I would no longer be their “girl”, or her “sweet girl”, and that without some type of formal connection to them, the whole thing would slip through my fingers like smoke.  They were also assisting me with some personal goals at the time and I thought that if we were “just friends”, this might not continue.

Implacable immediately accepted my offer and she texted me his acceptance.  I noted that she didn’t accept on her own behalf and asked her about it via email.  She assured me that everything was okay, but that she felt we could talk about the types of things I wanted her to mentor me in just as friends, no formality needed.  She seemed genuine and things continued on as they were before.  Implacable began to help me with some academic research, and she and I continued to message each other every day.

Three days before Christmas I received an email from them titled, “The Final Goodbye”.  In her message, my beautiful lady told me that she couldn’t be my friend anymore, that she needed to protect her marriage, and that my presence in their lives was turning her into someone she didn’t want to be.  With her husband as my mentor, she felt excluded.  Implacable wrote that he supported her decision and said his goodbyes, as well.  Our friendship was over, effective immediately.

I don’t know how to impress upon you how much of a shock this email was to me.  These two beautiful people, whom I have so much love and respect for, were suddenly withdrawing their friendship.  As a trio, we had been to hell and back, and I had promised to stand by them, come what may.  They had also promised me that they would never willingly abandon our friendship.

I know this might sound crazy to you, but in many ways, I lost the parental support I lost when my mom died, all over again.  I couldn’t eat, sleep, and I couldn’t get warm for several days.

Christmas was a blur.  My husband and I’s holiday was (obviously) ruined and he did his best to care for me during this time and carry the load of our holiday gatherings.  I will never understand the selfishness of their timing, but please remember… you are only getting my perspective.  For some reason they felt that they had to break my heart that very day, that it could not wait, allowing my husband and I some small joy of the Christmas holiday after a very stressful year.  I honestly don’t know much more than you…as I thought all was well and resolved between all of us.  She hid her unhappiness with me and the situation very well, at least on my end.  I will never understand why she didn’t just say that she didn’t want him to be my mentor.  I would have recanted immediately.  I would never purposefully hurt her.

That was about a week ago now.  I have not heard from them since.  They, and the love that we shared, have disappeared from my life.  My heart is heavy and my eyes ache from all the tears.

I’m trying to focus on the good that came from our friendship.  I learned so much from them and can honestly say that I am a better person for having known them.  My lady is a beautiful example of all that is brave, strong yet soft, and she has a wicked sense of humor.  Implacable is one of the most intelligent men I have ever known, he is the epitome of integrity, and he is capable of the greatest insight.  Theirs is the most beautiful love story.

I am hoping that time will soften the cruel blow they dealt me at the end.  Despite everything, I won’t ever regret having had the privilege of calling them my dearest friends.

I cannot say goodbye, but I will say…until we meet again.  I will never stop caring for you and wishing you were still in my life.

42 thoughts on “Collide- The Story of Us”

Exploring the ins and outs of an open marriage.

My hunt for a Hollywood orgasm

Welcome to my awakening...

A safe place to curl up at the feet of a caring Mistress ...

This is a story about an affair, a marriage, divorce. It is about sex, love and ultimate heartbreak.

Some of my writings are NSFW. Fair warning.