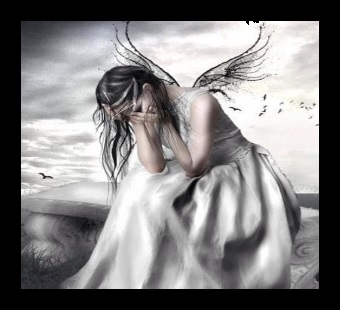 This may be one of the more difficult posts that I ever write, but I feel that it is important for my own well-being to do so.  As many of you may remember, I have written before about how Daddy and I endured a period of infidelity (on his part) prior to beginning D/s.  Basically, he had an affair with a woman from work, I found out, the affair ended.  Or, so I thought…

Last week, I found out that while Daddy did break it off with this woman after I found out two years ago, the relationship didn’t stay broken off.  In fact, it has been on-again, off-again, this entire time.  Though this has primarily been an emotional connection, and not a physical one, the amount of deceit and betrayal…the sheer number of lies on his part…is devastating.

He finally decided to come clean.

Some may view this as a very selfish act…his decision to finally share the truth.  However; I really don’t see it that way.  The only way that he and I ever stand a chance of moving on from this, means full disclosure.  So we have talked…and talked…and talked.  He has shared his secret email account with me and I have read all of their correspondence (probably the most painful part of all of this).  And, this may surprise you…she and I have now corresponded.  We will refer to her as the Sea Cow (not because she is fat- she isn’t- but the name just seems degrading). And, the Sea Cow’s current relationship ended over all the drama of this, which I regretfully played a part in (as much as it pains me to admit this, I forwarded my husband and her’s correspondence to her current boyfriend…who is now an ex-boyfriend).

Perhaps it seems cruel that I refer to her as the Sea Cow?  After all, you are probably thinking…she got hurt in all this as well.  And, that is true.  But, this is 50% her fault.  When she met my husband, she knew he was married.  She actively pursued him, telling him that she felt “safe” with him, because he was married.  Over the years, she has told him how she always knows just how to “reel” him back in again, and away from me.  So no…no sympathy for her on my end.  While I do feel bad that her boyfriend dumped her immediately upon finding out that she was carrying on with a married man (what sane man wouldn’t?), I also feel justified in my decision to reach out to him and let him know what was going on.  Two years ago, when this first happened, I took the high road and never did or said a damned thing to her.  She really should have just walked away.

So…what now?  I don’t know where to begin.  I don’t want my marriage to be over.  I also don’t want to be my husband’s second choice.  He assures me that I am not second, and I know that he told her that he loved me and was never leaving me.  But…he didn’t love me enough to walk away from her, to end it two years ago, to not lie to me over and over again, to not bring her into our home, etc. etc.

My world is upside down.

Wherever you are in this world this morning, I hope your day is going better than mine.

69 thoughts on “An honest letter…”

A kinky male takes a peek out of the closet

The random ramblings of a forest dwelling, redhead submissive slut

One Brighton Girl's Journey of Sex, Dating and Relationships

A journey through the ups and downs of my adventure embracing polyamory and bisexuality, with a side of kink